Our beautiful country is abundant with so many government departments and so does the ensuing white collared jobs arising out there. Yes, my main objective of saying is that there are different government jobs falling under SSC

What is Staff Selection Commission (SSC?) 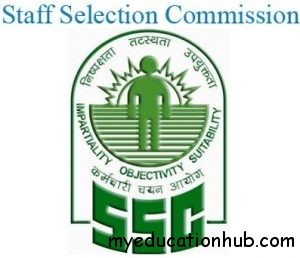 Staff Selection Commission is a government undertaken commission to recruit staff hailing under ministries along with departments from Government of India along with its related subordinate offices.

Considering the literally endless vacancies falling under ssc jobs, there is no wonder that there are increasing number of jobs for everybody who possess the following qualification:-

Cheer up; if you have been one of the candidates who couldn’t get great marks, academically as it doesn’t require you to have minimum set of percentage

The minimum age limit for appearing in C.G.L 21 years

Unlike in other competitive exams, where due to fixed attempts, a candidate may loose interest or become demoralised, cheer up for ssc jobs, as you can try in various attempts and I am sure, success will be all yours and that too in style.

The objective of SSC jobs is to ensure that the mental, comprehensive and analytical ability of the candidates is top notch.

It offers pay scale according to different jobs. I am mentioning some of the well known jobs to help yourself get enrolled as follows:-

Finally, the post relates to the different SSC jobs which you shouldn’t miss. The article gives a complete overview of all the related information which you dearly need about SSC jobs in India. So, those aiming to get government jobs should gear themselves up and start studying to ensure a life of respect and dignity.