Bank Jobs is one of the traditional jobs which is continuously being taken over by vast majority of young, energetic and creative fleet of youth through successfully passing various bank exams. Yes, indeed the time is absolutely right for those looking to make a banking career where you can ensure safety, lots of perks, facilities as well as innumerable growth offers according to your caliber and skills. Yes, we know so many posts in Banks hailing with Clerks and Probationary Officers after all. Isn’t it?

The need of the government at the centre is to attach even the rural areas with banks and as a result, one can emphatically see innumerable branches openings up to strengthen the financial condition of the ever progressing country in style.

If you were to ask me, about the top bank exams in India, then they are as follows:-

You can check for the latest upcoming bank exams online as well.

Candidates applying for upcoming bank exams such as SBI/SBI Associate Banks PO, need to be Graduate in any discipline from a recognized university / college

The selection process of a Banking exam is based on the written test followed by the interview. The transparency which is maintained in the overall exam is certainly commendable considering the rising percentage of students taking their exam at one time in different states. The reflection of the whole functioning as well as networking of Banks can be seen through the examination process as well, as everything is systematic to open way for the deserving students.

A bank employee is looked with lots of respect, love and affection as such a charisma is associated with a banking job. You know it feels great to be associated with a job which gives lots of facilities, paid leaves and along with the same, respect from different quarters. Although, a banking job requires you to be attentive, and careful considering the money transactions which become the basis of the same, yet you can understand the same through an example where a prestigious place comes with its own set of responsibilities and you need be brave enough towards accepting the challenges come what may. All I can say at the end is that time is absolutely right and you shouldn’t wait any further towards making a pleasant change in yourself, by following on the Upcoming bank exams 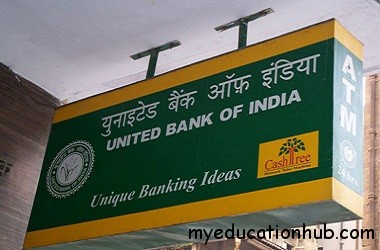 Vacancies in United Bank of India for CS and Officer Posts